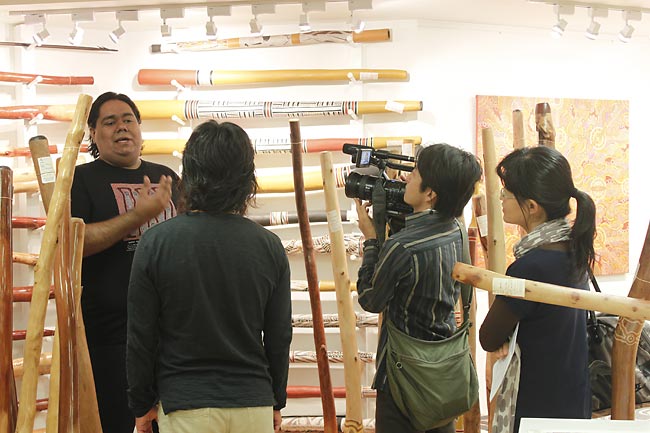 NHK (Japan Broadcasting Corporation) – Japan‘s national public broadcasting organisation as part of their series on traditional music from around the world used Spirit Gallery as their location shoot for the Australian didgeridoo part of the program.

William Barton helped explain the history of the didgeridoo, playing techniques and gave a general overview of the instrument for the Japanese viewers. The program aired in mid May. Details below (Japanese only). It was a pleasure to accommodate them and help spread the didgeridoo around the world!! 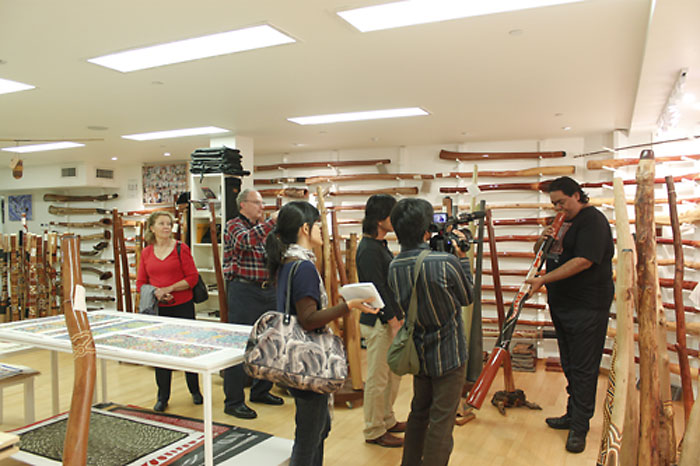